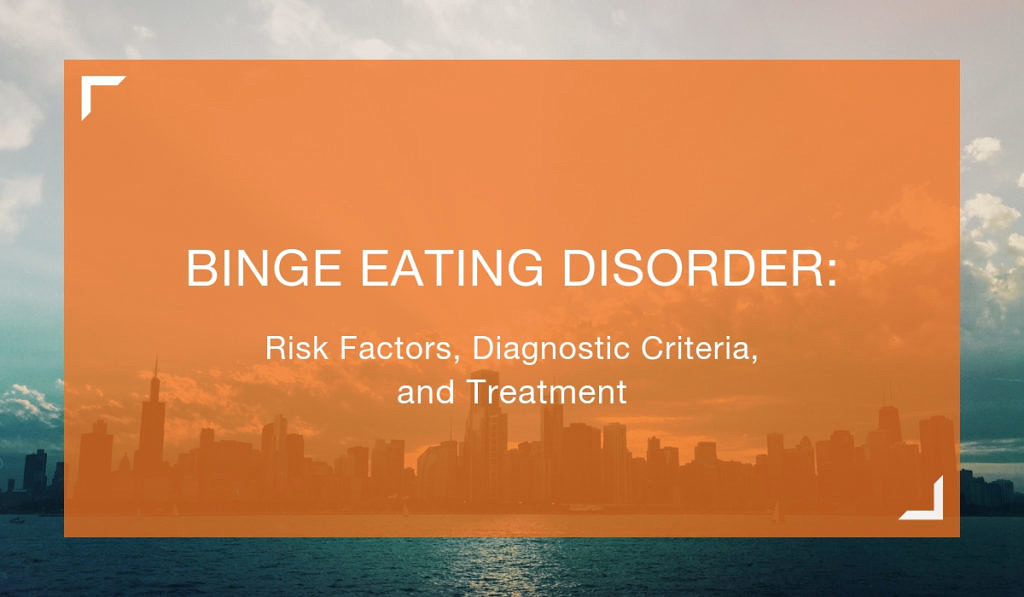 Scientists and public health experts have conducted research on binge eating disorder to determine its characteristics and risk factors, to assess the medical and psychiatric conditions associated with it, and to uncover information regarding effective treatment options for this eating disorder.

The Characteristics of Patients with Binge Eating Disorder

There are several differing characteristics among patients with a binge eating disorder.

Young Women
According to the study in Biological Psychiatry, binge eating disorder is more common among women, and on average, the condition develops between the late teenage years and the early twenties. A second study, published in a 2009 edition of the International Journal of Eating Disorders, confirmed these results, finding that women were more likely than men were to report binge eating2. The results of the research with binge eating disorder suggest that women are more susceptible than men are to this condition.

According to the Diagnostic and Statistical Manual of Mental Disorders binge eating disorder is characterized by episodes during which a person eats significantly more than the typical person would eat during a given time period.

The binge eating episodes cannot regularly involve compensatory actions, such as exercising to burn excess calories, as is seen with bulimia nervosa.

Comparisons to Anorexia and Bulimia

Differences from Bulimia and Anorexia

Much like anorexia and bulimia, binge eating disorder involves psychopathology and is accurately classified as a mental disorder. However, it differs from bulimia, as it does not involve compensatory behaviors, such as purging or exercising excessively to burn calories, and it is distinct from anorexia, which involves restrictive eating behaviors and a low body weight, according to the Diagnostic and Statistical Manual of Mental Disorders.

Patients who had a mental health diagnosis at the time of the study also demonstrated lowers levels of self-esteem and greater eating disorder pathology7. Binge eating disorder appears to have a strong link to other psychiatric conditions.

A 2005 study in Psychological Medicine discovered that ethnicity was not linked to eating disorder risk8. However, the study results showed that compared to women with another psychiatric conditions, those with binge eating disorder were more likely to:

Individuals who were naturally lean were more likely to develop anorexia nervosa throughout the course of the study9. These results suggest that binge eating disorder shares risk factors with bulimia and purging disorder but may have different risk factors when compared to anorexia.

In 2017, scientists from the Department of Medical Epidemiology and Biostatistics in Stockholm, Sweden, and the University of North Carolina Chapel Hill evaluated the results of nearly 30 studies that assessed the effectiveness of various treatment options for binge eating disorder. These scientists discovered that a stimulant medication called lisdexamfetamine was superior to antidepressants for preventing binge eating.

Treatment is important for people suffering from binge eating disorder. Medical and mental health professionals should be provided with training, so they are prepared to identify people who are at risk for this condition, as well as those suffering from it, in order to make referrals to appropriate resources or treatment providers.

It is therefore important that patients struggling with binge eating disorder receive quality treatment so they can achieve optimal functioning and restore their health and wellness. Treatment can be effective and can result in positive changes.